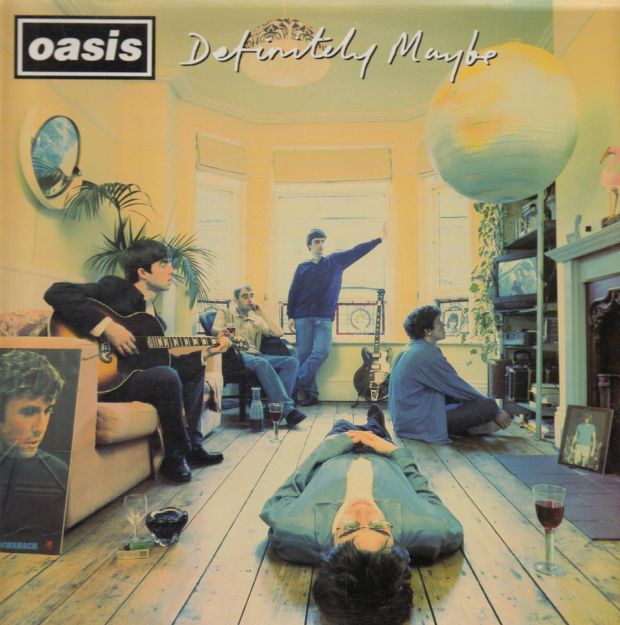 Kurt Cobain had blown his brains out, leaving others to clean up the mess. I felt sorry for the little girl, but as I wasn’t that much of a Nirvana fan, I didn’t feel the gloom and sense of tragedy that most of my junior high friends felt. Still, their moods affected my mood, making that spring and early summer a drag, with everyone I knew playing In Utero over and over again in a hopeless attempt to find some meaning in the madness. After a while, I got tired of all the mourning and withdrew into my room, listening to the radio in the hope of finding something new and different—or anything that wasn’t Nirvana. Sometimes I’d leave my lair to freeze my ass off with my parents and the Giants at The ‘Stick, but I pretty much kept to myself, listening, listening, listening for . . . something.

That something came late one night a few days after the start of the school year. Barely listening to the crap in my headphones that passed for music in 1994 and feeling the sandman beating away at my brain, I was just about to flip off the radio when my ears picked up the sound of strings bending from a lead guitar, floating over warm-up distortion, bass rumble and sustained feedback . . . then a rush of pounding drums . . . then an explosion of sound as it all came together in a let’s-not-fuck-around-let’s-play-fucking-rock-and-roll collage . . . and then the hottest and sassiest voice I’d ever heard filled my ears:

I fucking screamed! My parents came rushing in and found me with my hands pressing the headphones to my ears while laying flat on my back and undulating in such a way that I looked I was having tantric-level sex with my invisible friend. After suffering through two more garbage tunes in the rotation so I could get the name of the song and the band, I opened my eyes and saw mom and dad standing there with bemused looks on their faces.

“Looks like you’ve had one of ‘dem ‘dere life experiences,” said my father with a smile.

“They’re called Oasis,” I mumbled, feeling a bit of adolescent embarrassment for some silly reason.

“Okay, well, I guess you’ll be headed over to the store tomorrow,” he replied. By the “store” he meant Tower Records in North Beach, the only place the family would consider shopping for music.

“Yeah, after school, I guess,” I replied, good girl that I was on occasion.

As soon as school let out I hopped on a Muni bus to the Castro, jumped into one of the alphabet cars headed downtown, went nearly mad suffering through the usual delay at Church, got off at Powell, cut through Chinatown to Columbus and followed it up to the corner of Columbus and Bay. I had the CD in my hot little hands within seconds and used my conveniently long nails to slit that sucker open and slip the silver disc into my Walkman. Within seconds, the now-familiar sound of “Rock ‘n’ Roll Star” filled my ears.

I didn’t scream this time, even though no one in San Francisco would have paid the slightest attention to someone screaming on Muni. I wanted to keep the sounds and the feelings inside me and let them nourish every cell in my hungry soul.

Definitely Maybe was one of those magical moments of rebirth for rock ‘n’ roll. The genre had become muddled in the years since The Beatles departed the scene, becoming first more elaborate, then more and more boring and predictable. On the fringes came Punk and Grunge, and while their protest against the slop coming out of the studios was more than valid, their protest was more driven by anger and disgust that eventually turned into a dogmatic version of cool, turning both genres into elitist cul-de-sacs. Both movements got back to the basics of raw, driving sound but (with a few notable exceptions) left out the joy you hear in the great performers of rock ‘n’ roll, from early Elvis to Little Richard to The Beatles and The Stones.

The experience of the whole of Definitely Maybe is much more important than the individual songs. Oasis would go on to write and perform songs that are much better than the tunes on Definitely Maybe. It was more they way they played those songs that made the difference. Look, if you can rip off a Coke jingle and transform it into a nasty, sneering hot tune like “Shakermaker,” it’s not your songwriting talent on display, it’s your attitude. Definitely Maybe is full of attitude and the defiance of youth in reaction to the predictable Dullsville emptiness of modern life, but instead of getting pissed off and angry about it, Oasis has a great fucking time with it.

They also express the yearning of the young for a future more exciting than puttering about the garden, a theme best expressed in the third song on the album, “Live Forever.” This tune has been at or near the top of several “Favorite Oasis Songs” polls, in part because it gets back to what drove rock forward in the first place: youth in search of something better, of new possibilities and of other people who share the feeling that life as constructed by and for the drones is pretty much bullshit. It’s life—don’t piss it away!

While the drones may dismiss the sentiment as romantic and idealistic, that’s because they see the world through practically-constructed lenses. Of course we know we’re not going to live forever in the physical sense; it’s the powerful emotion of endless possibility that drives the human spirit that matters. “Youth” has nothing to do with age; it’s a metaphor for seeing the world with perceptive wonder of the child . . . a perspective available to all of us, and one which great rock ‘n’ roll provides. “Hope I die before I get old” really means, “Hope I die before I become a fearful, boring, limited and unimaginative loser filling up space and contributing nothing.” You don’t have to be sixteen to feel that.

“Up in the Sky” comes next, a delightful number where Liam gets to show more range and diversity. After that comes one of Oasis’ most underrated songs, “Columbia,” a song that has to be one of the sexiest numbers ever created. The octave singing on the chorus is so hot I always have to reach for a cigarette when I hear it. Again, the cry of youth comes through loud and clear:

When I first heard the CD, I thought for sure that this was the hit, and boy, was I wrong, for “there’s plenty more where that came from.”

“Supersonic” follows immediately, with Liam at his early Oasis best, full of attitude and cheek, singing with the apparent ease that we know is much more difficult than he makes it sound. Noel’s guitar solo here is perfect for the tune, slightly laid-back and indifferent, but perfectly in keeping with the mood. Here we find our first Beatles reference, “You can sail with me in my yellow submarine,” a reference (along with others) that led to endless comparisons to The Beatles. As I’ve written elsewhere, the Gallagher brothers are great admirers of The Beatles but I’ve never thought they sounded much alike.

Another underrated song follows, the pounding rocker “Bring It On Down,” a great song for slam dancing if you’re into that kind of thing (I am!). The song is ignored primarily because of its placement on the record, following the exceptional “Supersonic” and the knockout song of the album, “Cigarettes and Alcohol.” There’s a reason why Definitely Maybe is the greatest debut album of all time, people!

I always laugh when people say that “Cigarettes and Alcohol” is a ripoff of T-Rex. Oh, puh-leeze. Let’s quote from the Wikipedia article on the song: “The main riff of the song is purportedly ‘borrowed’ from ‘Get It On’ by T. Rex and ‘Little Queenie’ by Chuck Berry, and bears a similarity to the opening of Humble Pie’s cover of ‘C’mon Everybody’”. Okay, so who’s ripping off whom? The fact is that classic hard rock is played within a relatively limited chord structure; you can cite hundreds of instances where great musicians from Clapton to McCartney to Noel Gallagher have adapted (consciously or unconsciously) classic riffs from the days of yore and repurposed them into something fresh and new. Do you really think the chords to “I Wanna Be Sedated” are anywhere close to a purely unique and original creation?

“Cigarettes and Alcohol” kicks fucking ass and that’s all that matters. It’s also a damned perceptive piece of songwriting. I mean, really, “Is it worth the aggravation to find yourself a job when there’s nothing worth working for?” How many millions, no—billions—of people feel that every fucking Monday? So, shit, if cigarettes and alcohol allow us to relax, if they make conversation easier, more human and more intimate (as compared to the politically-correct shit that passes for conversation in the workplace), then as far as I’m concerned, they’re wonderful things! Talk to me about prohibition and smoking restrictions after you’ve solved the problem of my ennui, people! Get your priorities straight!

“Digsy’s Dinner” follows, a lighter song best noted for Liam’s sneering vocal attack on the word “lasagne.” “Slide Away,” the longest track on the record, is noteworthy for Noel’s guitar work throughout, both in solos in counterpoint to the melodies in verse and chorus. It’s also another beautiful anthem to the freedom of youth, possibility and improvisation as a more fulfilling approach to life than living by the clock:

The album ends with the acoustic number, “Married with Children,” a nice change of pace to the intensity of what we’ve heard before. It also poses the question. “Okay, you can call us naive, idealistic and impractical in our desire for a freer life, but shit, do you really want to go home to this every night?”

I hate the way that even though you
Know you’re wrong you say you’re right
I hate the books you read and all your friends
You’re music’s shite it keeps me up all night.

Definitely Maybe didn’t make as big of a splash in the U. S. as it did in the homeland. This was in part to Liam’s behavior at a concert in L. A. where he insulted Americans and attacked his brother with a tambourine. Oasis then blew the next opportunity to make it big in the States the following year when Liam refused to accompany them on the tour. That all makes for good tabloid reading, but doesn’t change the importance of the contribution Oasis made with Definitely Maybe, nothing less than the rediscovery of the endless joy and sense of rebellion you find in great rock ‘n’ roll.