Okay, let’s get a few things straight, people! When I’m talking about guilty pleasures, I’m not talking about kinky sex, bisexual sex or smoking. I don’t feel guilty about those pleasures at all!

The truth is that even though I may come across as a person with high artistic standards and excellent taste in music, I am in fact impure. Amidst my collection of John Coltrane, Lou Reed, Robert Johnson, June Tabor and Robert Fripp masterworks are songs that make even the most courageous listener cringe in fear and loathing. Yes, there are some songs that I absolutely adore that qualify as . . . silly, frivolous, empty, uncool and even . . . cute.

Yecch! I hate that fucking word, “cute.” I’m probably the only woman on the planet that doesn’t use that word to describe everything in the world, as in “Those shoes are cute,” or “That guy is cute” or “Chartres Cathedral was cute.” Given the pain and embarrassment attached to the word, it proves to be the best word I could use in this context. Yes, I should suffer for my guilt! These songs are cute! Cute!

I know that admitting these guilty pleasures may lower my cred with snobs, but I’ll bet that many real people out in the ether share the same condition: you have songs you’d be embarrassed to admit you love but truly fill you with delight.

1. “I Think I Love You” by The Partridge Family. I wasn’t even born yet when David Cassidy was hot, so my attachment to this song has nothing to do with a teenybopper crush. The song has a very interesting melodic progression and Cassidy sounds so energetic and joyful on the final chorus that I find it irresistible. I often wonder what he would have been like had his parents not been movie stars. He coulda been a contender.

2. “You Made Me Love You” by Al Jolson. My love for this song comes from singing it in a duet for the school pageant in the eighth grade, complete with hand gestures and boo-boo-bee-doos. The pedophiles in the audience went wild.

3. “Western Union” by The Five Americans. A perfectly silly song about a dead technology and a silly chorus of dit-dit-dit-dit-dit . . . but for some reason, I adore it.

4. “High Noon” by Tex Ritter. The guitar is primitive, the accent thick, his glides awful, the bravado silly. Worst of all, it won the Oscar that year. The rhyme, “He made a vow while in state prison/Vowed it would be my life or his’un,” gives me a toothache every time I hear it, but I still love the song.

5. “Daydream Believer” by The Monkees. Ah, Davy Jones, may you rest in peace. The lyrics have no continuity whatsoever, but somehow it twiddles my diddle.

6. “Chattanooga Choo-Choo” by Glenn Miller. Glenn Miller was a jazz lightweight, the song is as racist as fuck, but what I love about it is how it describes the ease of travel in those days when people trusted each other a lot more than they do now. “You leave the Pennsylvania Station ’bout a quarter to four/Read a magazine and then you’re in Baltimore/Nothing could be finer/Than to have your ham ‘n’ eggs in Carolina.” Imagine that!

7. “If I Only Had a Brain” by Jack Haley. Yes, The Tin Man was my fave. I love Jack Haley’s sweet voice, tinged with New York grit.

8. “King of the Road” by Roger Miller. This has one of my favorite belt-it-out lines of all-time, “I ain’t got no cigarettes!” I so feel his pain.

10. “Love Letters in the Sand” by Pat Boone. Any song with whistling knocks me on my ass. It’s amazing how Pat Boone turns a bitter, depressing scenario into a stroll on the beach with his white bucks that never get dirty.

Forgive me, Father, for I have sinned. Dole out the Hail Marys and let me get on with my debauched life. 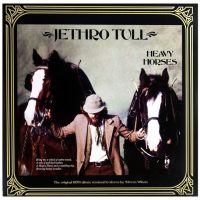 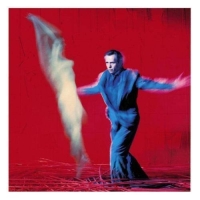 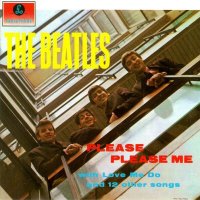