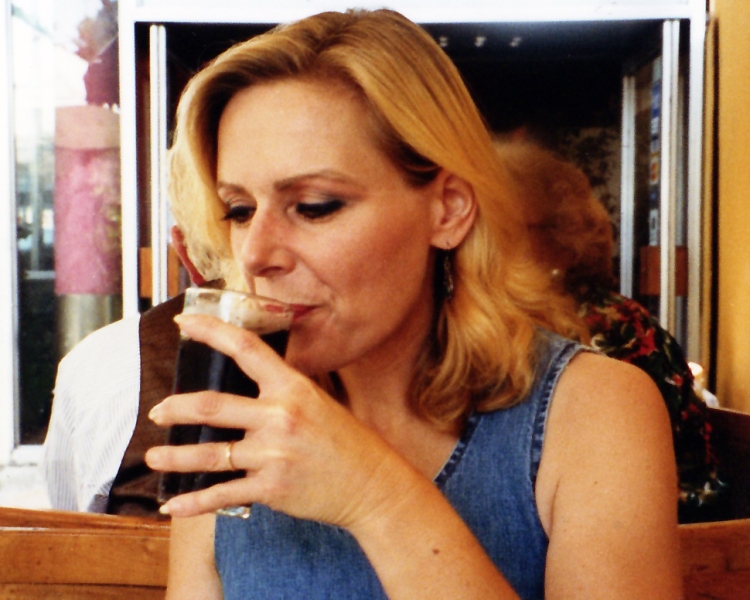 One of my lifelong delightfully destructive habits.

I haven’t done a Chick Riff in a while, so I thought I’d give those interested an update on what’s been going on in my life and some idea of what I have in store for readers the rest of the year.

Work: After leaving my former employer and essentially fucking around for a year (literally and figuratively), my partner and I came up with the brilliant idea to start our own consulting practice. Our skill sets perfectly complement one another (me: strategy and marketing; she: accounting and finance) and both of us were getting calls from former customers to see if we were available for project work. She had already been working as a consultant, so once my one-year non-compete agreement expired, we decided to make it a joint venture. For the most part, it’s working out great! While we still have a few solo gigs that keep us apart, over half our clients hired us as a team, so we get to travel together and fuck each others’ brains out in hotels all over the world! Better still, we now have a partner with an executive recruiting background who can help when our analysis shows that one of the executives is a hopeless moron dragging down the company. For those of you who read the “The Offer,” the recruiter is the same woman who tried to interest me in a job and wound up becoming a whenever-you’re-in-town fuck buddy!

However, we are professionals and we do not mix business with pleasure and do not offer what would be the time of their lives to any clients.

The downside is the work involves a lot of travel, as we have clients in Europe and the Americas and it’s pretty likely we’ll be traveling to Australia later in the year. We do have limits, though: we refuse to do business with American companies or do any work on U. S. soil as long as America is run by neo-Nazi racists. We really don’t need American money to survive, and because we have a client in Toronto, we’ve even been able to catch a couple of Blue Jay games this year! The goal of this enterprise is to earn enough money to pay off the house and then get jobs in NGO’s (what Americans call nonprofits) and focus our energies on helping this forlorn world instead of facilitating profit margins.

Home: Due to the workload, I haven’t been home most of the summer, which is just fine with me—Nice sucks in the summertime. It gets too warm and humid for leather and the hordes of tourists make going out a drag. I remain delighted that we fought off the LePen neo-Nazi threat and am not at all surprised that Macron’s popularity has plummeted since taking office. The French are a very opinionated people who all think they’re right about everything, deeply skeptical about politicians and prone to get tremendously upset about things large and small. Macron has fucked up a few times—especially with that First Lady bullshit—but eventually I think he’ll grow into the job and do just fine. It also helps when your competition for attention on the larger stage include Donald Trump and Theresa May.

One weird thing happened a couple of months ago—I was recognized! It’s all because I’m a coke addict—a Diet Coke addict (what they call Coca-Cola Light in the EU). Anyway, we were going to see my cousin who lives on the other side of town and decided to walk down the Promenade so I could stop at McDonald’s and get my fix. Anyway, I had just taken my first sip when this guy came up and said, “Excuse me. Aren’t you the altrockchick?” You know that weird thing that happens sometimes when the liquid you’re drinking gets into your nasal passages? Well, that was my response—a sort of gurgling, snorting, coughing fit that lasted about thirty seconds and caused one of the staff to come up and ask if I needed any help. After I wiped my face with the napkin provided by the staff person, I looked at the poor guy—American, mid-30’s, not at all bad-looking—and said, “Yes, I guess I am!” He told me how much he loved what I do and how my jazz posts really turned him onto jazz, and I just stood there smiling, nodding, saying thank you and not really knowing what else to do until my partner read the cues, stepped in and said, “Ari, we have to go if we’re going to be there on time.” We said goodbye, I thanked him again and went on our merry way.

I know that he meant well but I’m very protective of my privacy and so I probably came off as a bit rude. Dude, if you’re reading this, I apologize for my poor manners and thank you again for the validation. But like Garbo, who never said it but should have, “I want to be alone.” I’ve got a set of Groucho glasses with mustache on order.

Baseball: This season sucks! Too many blowouts, too many home runs, horrendous pitching and at least half the division races were decided before the All-Star break! And MLB.TV has been as buggy as fuck, with lots of picture freezes and app crashes. I was hoping to write a piece on baseball this year, but this season isn’t worth the effort.

Music: All my plans were disrupted by the political madness of the first five months of 2017, so I’ve been more of a butterfly lately, going wherever my fancy takes me. I’m still upset that I didn’t get to do my annual blues jag, as I could have used the cleansing ritual after so much political nonsense. I’ve written most of the reviews you’ve seen recently on airplanes, which makes long-distance flights much more tolerable. Still, it would be nice to stay at home for a while with access to my piano so I can duplicate the musical ideas I hear in a given work to further my understanding of what the artist was trying to do.

Here are all the reviews I have in “draft” status, indicating the albums I’m most likely to review, but I’m not guaranteeing anything—my life is too over-the-map right now to predict the future with any reasonable certainty.

Cheers! And to my American readers—I hope like hell you get rid of the Neo-Nazi bastards who have stolen your democracy ASAP because they are indeed sufficiently insane to take the rest of us down with them.