The Evens – The Odds – Review 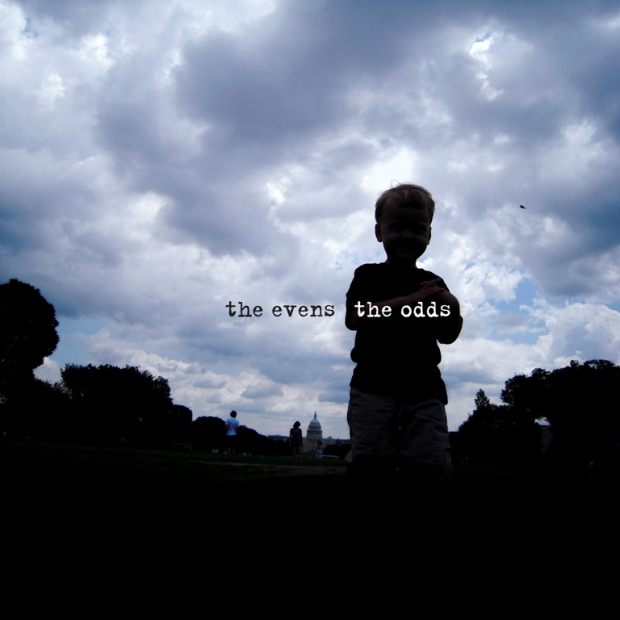 You may have noticed that I’ve meticulously avoided writing reviews of albums in the continually multiplying genres that make up the general field of punk.

This has nothing to do with musical preferences. Looking for ways to rebel against my pseudo-hippie parents (even though we got along great and I loved most of the music they played), I chose punk as my mode of rebellion in my teens. I started with local acts like Rancid then discovered The Ramones and The Clash before moving on to more hardcore and post-hardcore acts like Refused and Fugazi. After a while, though, I checked out of the scene, in part because of my desire to experience more diversity, but mainly because of the fan base.

There are no greater snobs in the world than punk fans. Neither The Republican Party nor The Upper East Side can claim as many elitists as there are in punk. There’s a pattern of one sub-genre dismissing the other as poseurs, insistence on a dogmatic form of authenticity (an oxymoron if there ever was one), constant attacks on artists who attempt to deviate slightly from purism and an incredible amount of pseudo-intellectual fluff, particularly in the socio-political side of punk. Ironically, punk in many ways pushes conformity harder than the establishment they decry as evil.

Anyway, when I heard that The Evens had at last recorded their third album after a six-year gap, I snapped it up and immediately went into paralysis. By way of background, The Evens are a marriage (literally) of Amy Farina (whose drumming with The Warmers still knocks me on my ass) and former Fugazi force Ian MacKaye. “Oh, crap,” I thought. “If I write a review, I’ll get all these comments from punk snobs calling me a poseur and a sell-out. Do I really want to deal with that shit?”

Then I read a couple of reviews of the album. One was politely dismissive and somewhat condescending. The other was obviously written by a guy who was secretly hoping that a prestigious university would offer him the Sociology department chair, showing off his focal vocabulary collection while straddling the line between Marx and Max Weber in a lame attempt to establish the socio-political significance of this release in the context of historical materialism. Both had given the record a superficial listening and then, like the Under Assistant West Coast Promo Man, tried to show us, “Just how sharp I am.”

My first and lasting reaction of The Odds is this: I want to see the movie.

I haven’t heard music that is so perfectly suited for film since Phillip Glass did whatever he did last. This claim is all the more remarkable because most of the instrumental arrangements consist of only a baritone guitar and a drum kit, an approach that should meet the requirements of purists for minimalism. Despite the bare instrumentation, The Odds does not lack musical diversity; it is an album of many moods, from outrage to bemusement to detachment, dramatically enhanced by performances that define the word commitment. The poetry is strong and the vocals are clear and expressive.

But it’s the combination of arrangement and execution that make this recording so remarkable. You can hear the power of their approach most clearly in the instrumental, “Wonder Why,” which comes up about halfway through the record. This piece best demonstrates the sheer impact of Amy Farina’s intuitive-expressionistic style of drumming and Ian McKaye’s mastery of the baritone guitar. Beginning relatively gently on the higher range of the guitar, the intensity meter shoots through the roof when Amy comes in, and from there you can allow yourself to get lost in the waves of sound and tonal variations they create. It floors me that two people playing together can create richness and depth that is normally only achieved by full orchestras (and shit, I’d much rather listen to them than frigging Haydn). “Wonder Why” is a killer piece that really makes me want to . . . see the movie!

Back to the beginning, the album opens with one of Amy’s vocals, “King of Kings”. Immediately I loved the way this song filled my headphones with only two instruments and two people singing. The song has very strong movement and great variation in dynamics; the quieter section also features surprisingly strong harmonies. It’s followed by the angrier social commentary in “Wanted Criminals,” which adds only an intense siren-like sound to the spare background. The title should really be read, “Wanted: Criminals,” as the line repeated three times in the opening passage is “Everybody’s got their badges but they’ve got no one to apprehend.” It’s a powerful commentary on our fear-driven social system that condemns people to shit jobs created to maintain control over the masses and allow the rich to keep getting richer:

People need something to do; they’re getting angry,
So the bosses came up with a helluva plan:
Security job for each and every man . . . more alligators for their boots.
Keep them hungry.

And the following line, “What if every single person was a deputy?” has become far more chilling after Sandy Hook.

The mood shifts with “I Do Myself” with its neurotic-introspective theme of purposeless doing: “When I run out of things to do, I do myself.” The lower notes of the baritone guitar make for an appropriately sluggish feel, echoing the sluggish brain of the narrator. After a quiet introduction, “Warble Factor” reintroduces the speed and intensity of the opening songs, interspersed with drum roll attacks and enhanced by Amy’s intense lead vocal. “Sooner or Later” is notable for its lyrics on how we deal with the action-procrastination dynamic of human existence:

After the aforementioned instrumental masterpiece, “Wonder Why,” we have the new anthem for any band that’s had to play gigs in an indifferent shithole of a venue, “Competing with the Till.” This song brought back countless memories of many nights spent in Seattle’s low-end piss-smell venues where the owners are committed to screwing every last nickel out the operation and screwing every employee as hard as they can until they just don’t give a shit. So, when the band starts setting up:

The outlet’s not working, the news is met with a shrug,
They say, “Yeah, just take a look around and find another plug . . .”
Ventilation is working: you tell by the overhead roar.
They don’t know how to turn it off, they’re just minding the store.

Reminding them that “our audience is your clientele” changes nada; to the owner “all the people coming to the show were just there to pay his rent.”

“Broken Finger” opens with some fancy fingerwork by Mr. McKaye (goddamn, can he play!) and a soulful vocal from Amy. To put it simply, this sucker kicks ass. “Architects Sleep” is something else entirely, a modern, angrier version of T. S. Eliot’s “The Hollow Men,” indicting the endlessly irresponsible leaders of this world who cover their tracks while thoughtlessly adding to human tragedy. Due to the lack of a digital booklet (harrumph!) I couldn’t quite make out all of the words, but the question it poses is very clear: why do we not feel more outrage about the incompetents who run this world of ours? Why do we let them get away with what in any truly moral context would be unthinkable?

The amazing “Timothy Wright” is a fascinating character study, an exposé of the irony that meaningless work is something we can’t afford to lose and a brilliant piece of poetry that can’t help but evoke empathy in anyone who has a conscience. The wordplay throughout creates a series of twists and turns as you follow the narrative, creating the same kind of dynamic that exists in Rimbaud’s “Le Dormeur du Val,” where the apparently sweetly sleeping young man turns out to be something else entirely. I will avoid any spoilers and let you experience the song for yourself; needless to say, it had quite an impact on me.

“This Other Thing” is another ass kicker, which forces me to point out how damned good The Evens are at creating rhythms that move you without eventually draining your excitement with repetitive dullness. “Let’s Get Well” features a disarming melody with more inventive wordplay, and “Kok” ends the album with a reprise of “King of Kings” played over a background of what sounds like the ritual of ice cream selection.

This reminded me that part of the six-year absence of The Evens has been attributed to the birth of a child. There’s absolutely no evidence from The Odds that parenting has softened either party’s musical skills or their profound disgust with the socio-political environment. As Frank Black and Violet Clark have already demonstrated on Let the People Speak, having a family doesn’t automatically make you lose interest in fucking or dampen the desire for a better world.

If I were the child of the two people who created The Odds, I’d be absolutely fucking proud of my parents.